FIND OUT HOW!
You are here: Home / Travel / Hidden Secrets of the Wizarding World of Harry Potter

Hidden Secrets of the Wizarding World of Harry Potter

Secrets of the Wizarding World of Harry Potter

However, it’s even more magical when you know some of the hidden secrets at the Wizarding World of Harry Potter.

I have a Universal Orlando planning guide so make sure to check it out when you’re finished here. I also have a post about what to pack for Universal, so don’t forget to check that out too.

Do I need a rental car for a Universal vacation?

I like to get around as needed while on vacation, so I like to rent a car. I recommend renting a car from Discount USA Car Rental.

Now, let’s get right into the secrets of the Wizarding World of Harry Potter.

1. Ride the Hogwart’s Express both ways

This isn’t really a secret, but make sure you ride the Hogwart’s Express in both directions. A valid park-to-park ticket is required. 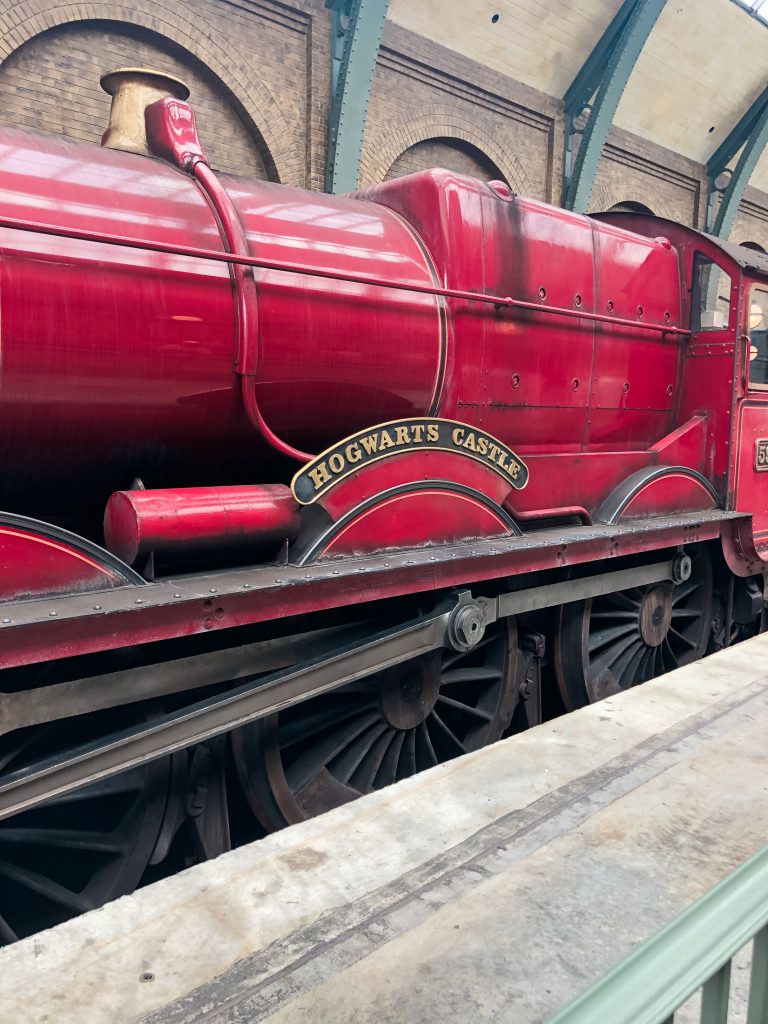 2. The Wands are actually magical

The wands that you can purchase at Ollivander’s (and other spots around the park) are truly magical! They do not run on batteries and will last forever. Or, at least for a very long time.

If you have a problem with your wand, have no fear. Mr. Garrick Ollivander guarantees his wands for life. Just bring your wand into Ollivander’s and a wizard will fix or replace it.

You can head over to my YouTube channel to watch the Wand Ceremony at Ollivander’s along with lots of other Universal Orlando content.

3. You can trade Chocolate Frog cards

Everyone loves chocolate frogs, but be careful because these large chunks of chocolate melt quickly in the Orlando heat. 😉

One of the lesser-known secrets of the Wizarding World of Harry Potter is that you can actually trade your frog cards.

There are 10 cards total, so you’ll likely end up with some duplicates. Simply ask the witches and wizards in Honeydukes if they have the card you are looking for if you receive a duplicate.

Here are the cards that are currently available:

4. Get a surprise from Moaning Myrtle in the restroom at Hogsmeade

If you listen carefully, you’ll hear Moaning Myrtle in the restrooms in Hogsmeade. This isn’t really one of the secrets of the Wizarding World of Harry Potter but it is a lot of fun!

5. Listen to the vanishing cabinet in Borgin and Burke’s in Knockturn Alley

This is one of the secrets of the Wizarding World of Harry Potter that only true fans will understand.

If you listen carefully at Borgin and Burke’s in Knockturn Alley, you’ll hear a surprise that calls back to Harry Potter and the Half-Blood Prince.

Do you remember how Malfroy was trying to fix the cabinet in the Room of Requirement? If not, maybe you should read the books and find out for yourself.

If you’re more of a movie person, have no fear. I have a blog post with 30+ moves to watch before going to Universal. Including the Harry Potter movies of course.

6. The Hogwarts Express is the only way to bring alcohol between the two parks

You can exchange your muggle money for Gringotts notes at the Gringotts Money Exchange. Don’t forget to talk to the goblin first, he actually answers your questions!

The Gringotts notes are a fun souvenir but can also be used in Diagon Alley and throughout many other shops in Universal.

Secrets of the Wizarding World of Harry Potter

Where to stay at Universal Orlando

I highly recommend staying at a Universal Orlando resort. There are options for every budget from those wanting an inexpensive place to stay (Endless Summer) to those who want the best of the best (Portofino Bay.)

All Universal Resorts come with early park entry and free transportation to and from the parks.

The Premier level resorts, which are Hard Rock, Portofino Bay, and Royal Pacific, also include a free Express Pass for all guests and preferred seating at restaurants throughout Universal.

I highly recommend any of these resorts as the Express Pass can be very valuable on a busy day.

Check out current pricing for all Universal Resorts can be found here:

Where to buy Universal tickets 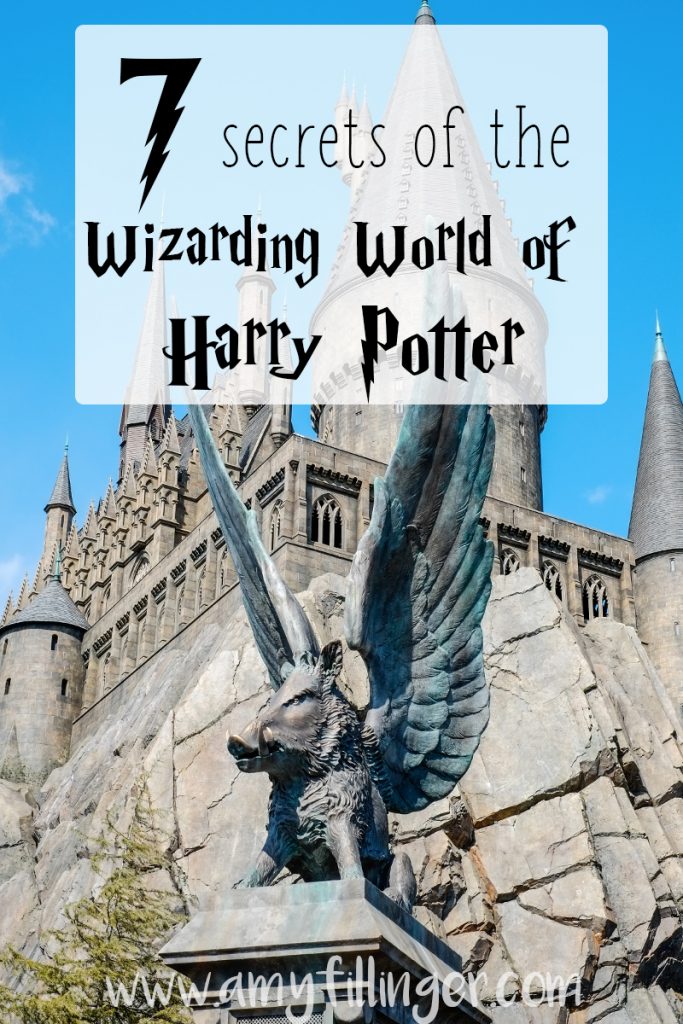 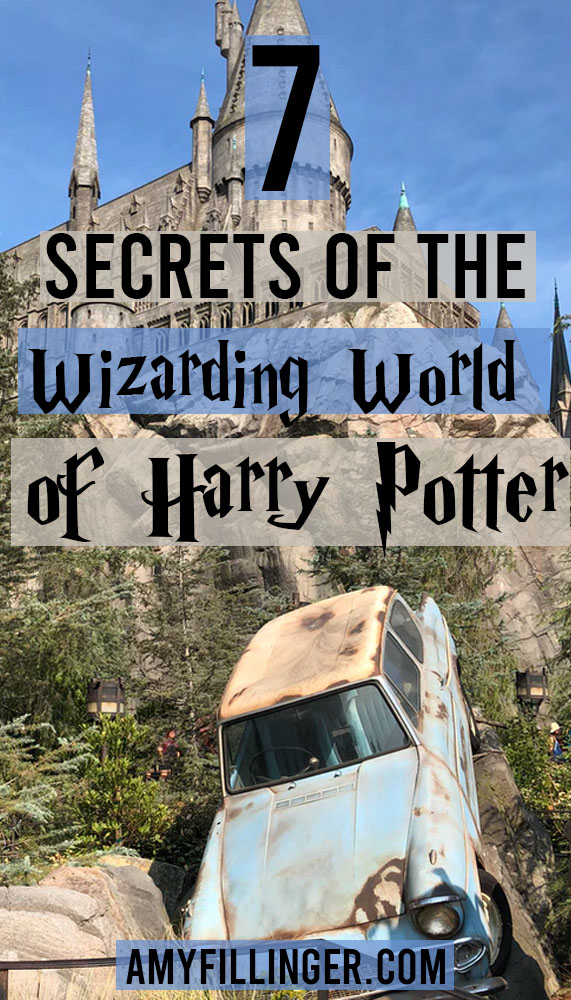