FIND OUT HOW!
You are here: Home / Travel / 5 things to do at Universal Studios for Adults

5 things to do at Universal Studios for Adults

Is there anything to do at Universal Studios for adults? YES! As a Universal Travel Agent, I’m actually asked this question a lot. Universal Orlando is like Disney World for teens and adults.

It’s not that Universal isn’t great for kids. There are plenty of fun areas for kids at Universal, but it’s always been geared towards older kids, teens, and adults.

So while there ate technically two theme parks and one water park, most people still refer to Universal Orlando simply as “Universal Studios.”

I like to get around as needed while on vacation so I like to rent a car. I recommend renting a car from Discount USA Car Rental. They offer the best rates available whether you’re flying into Orlando or Sanford.

Now that you’ve got your car, let’s get to the 5 things to do at Universal Studios for adults.

Universal CityWalk is open long after the parks close. There are about a million things for adults to do at CityWalk, including:

CityWalk also has many great restaurants that you can take advantage of before, during, or after your day at the park.

There are plenty of “grown-up” friendly rides at Universal Orlando. If you love thrill rides, you will enjoy: 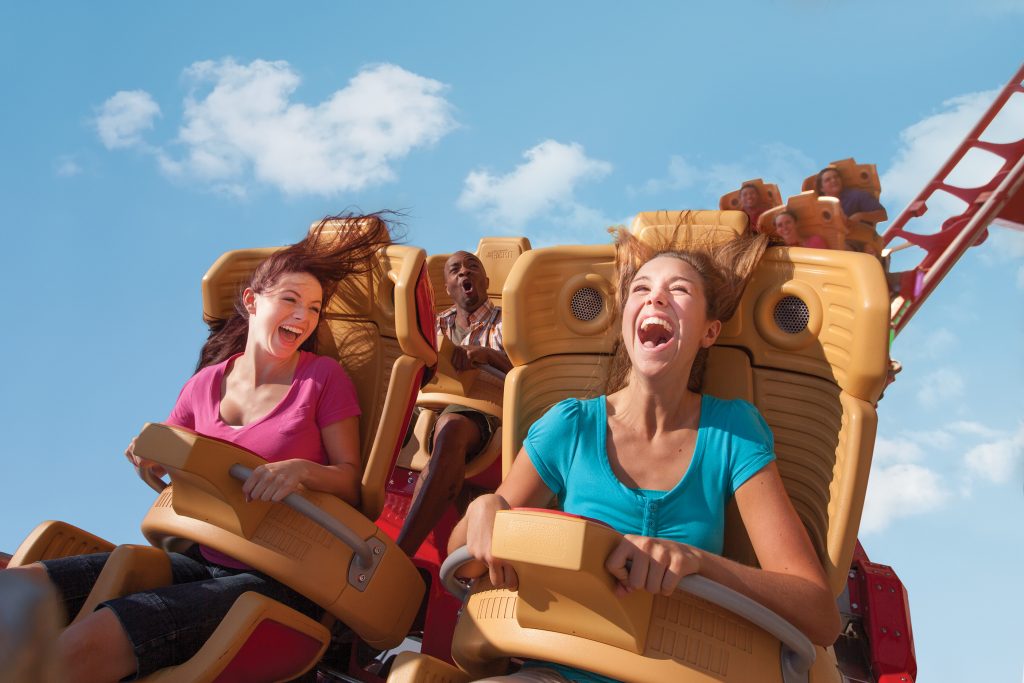 Halloween Horror Nights is recommended for guests 13+. It is a separately ticketed event running from around August to Halloween.

Haunted houses in previous years have included Stranger Things, The Shining, House of 1000 corpses, and more. Scare actors are also located in scare zones to, well, scare you.

Halloween Horror Nights also has all kinds of special food offerings, so make sure to check those out while you’re at it.

An Express Pass can be a great thing to have during the day at Universal, but it might be even better at Halloween Horror Nights to ensure you don’t miss anything.

Universal Orlando is not shy about offering adult beverages at every corner. From City Walk to the Wizarding World, you’ll find a drink to enjoy wherever you are in the parks. I recommend:

The Wizarding World of Harry Potter

Universal Orlando is full of nostalgia for adult guests, and the Wizarding World of Harry Potter is no exception. 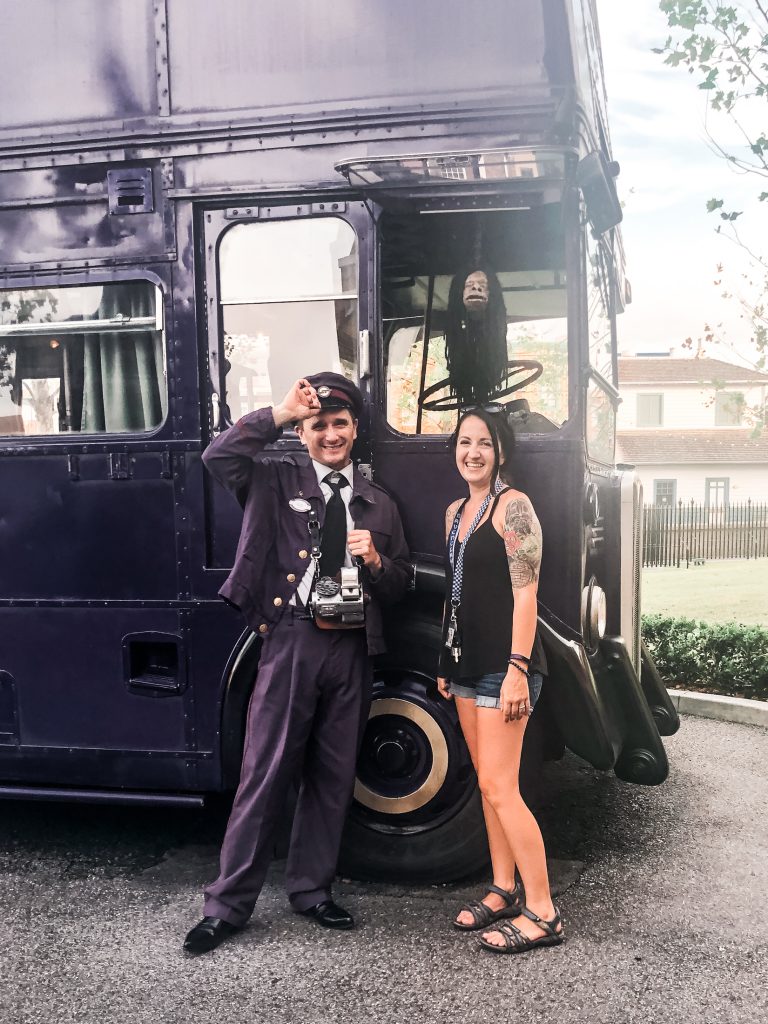 Meeting characters at Universal is fun for adults too.

If you’re visiting without kids, you can also take the time to really enjoy the details of the Wizarding World. I recommend reading the books or re-watching the movies beforehand. Here are 30+ movies to watch before going to Universal.

There are plenty of other things to do at Universal Studios for adults, but these are some of my favorites. Have you taken an adults-only Universal vacation? Let me know about it in the comments.

You can also check prices at all the resorts on Expedia:

Don’t forget that Hard Rock Hotel, Loews Portofino Bay, and Loews Royal Pacific include Free Express Passes for your party! Staying at a premier resort can be very worth it if you’re visiting Orlando during a busy time such as summer, Christmas, etc.

P.S. Yes, I book Disney too! Check out another recent blog post, why you need a Disney Travel Agent. 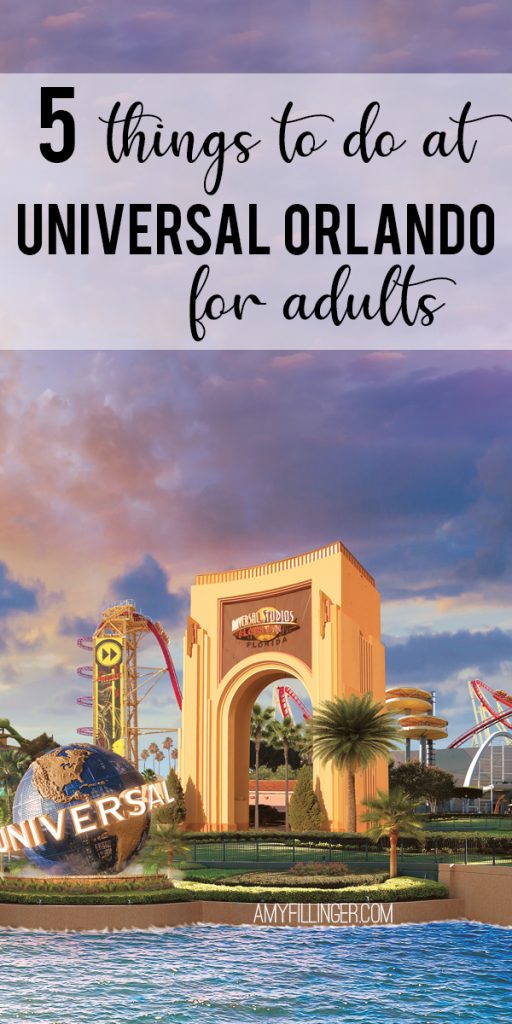