You are here: Home / Travel / Eating Vegan at Universal Orlando

How to eat vegan at Universal Orlando

Universal is adding new vegan options regularly, so check back or let me know in the comments if you have a favorite that didn’t make the list.

For your convenience, I have noted the restaurant locations using:

I have another post about eating gluten-free at Universal Orlando, which is also getting easier to do. Now, imagine trying to eat gluten-free and vegan at Universal; that is a lot more complicated!

Fortunately, there are plenty of vegan choices at Universal, from quick service to fine dining.

Psst if you don’t have your Universal tickets yet, I recommend purchasing tickets through Undercover Tourist.

Vegan options at Universal – The Beyond Burger

There are several locations at Universal Orlando that offer beyond burgers. If you want typical park fare – like a burger and fries – you have quite a few options. The Beyond Burgers are served with Follow Your Heart cheese and veganaise.

If you’ve never tried Beyond Burgers, Follow your Heart Cheese or Veganaise, you’re in for a surprise! They’re surprisingly close to the “real thing,” all while being cruelty-free.

Here’s where to find the Beyond Burger at Universal Orlando:

The Burger Digs (IOA) also has a vegan burger, but it is not the Beyond Burger. The Burgers digs vegan burger is made out of brown rice and mushroom. 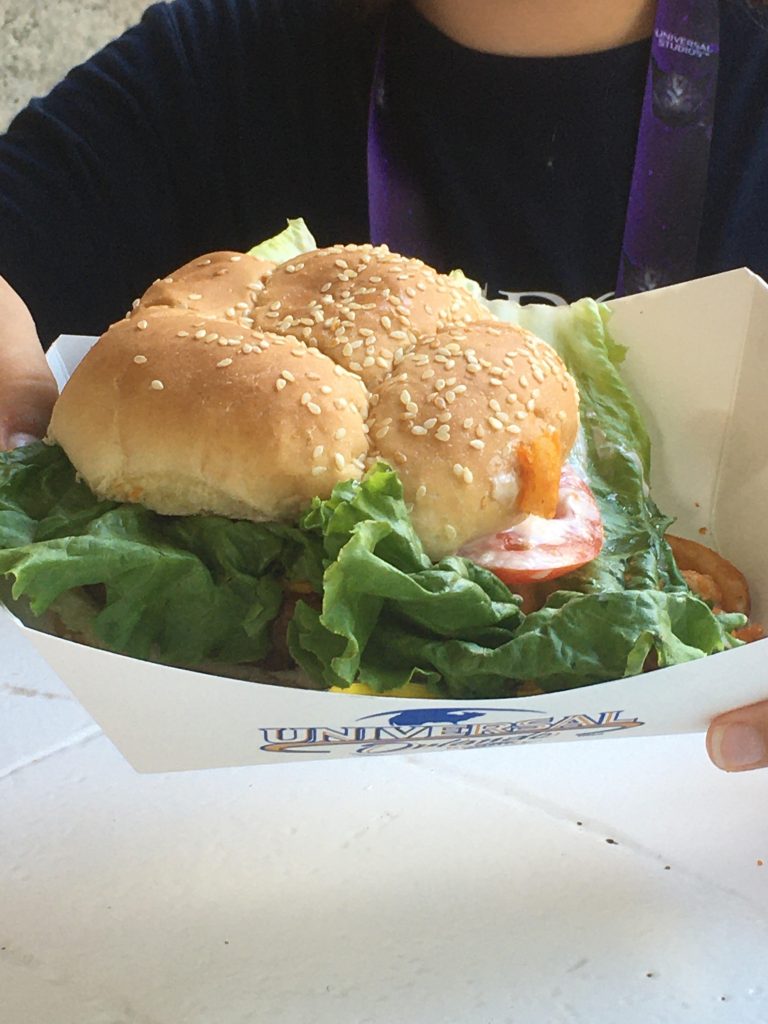 The Ultimate Vegan Burger at Wimpy’s.

If you’re in the mood for some vegan chik’n, you have options in both Universal Studios and Islands of Adventure. You can find this delicious chik’n sandwich at:

Jackfruit, the meat sub that is actually a fruit! If you haven’t tried jackfruit, it is similar to pulled pork. Just a healthier version! You can find jackfruit at Islands of Adventure or Universal Studios. 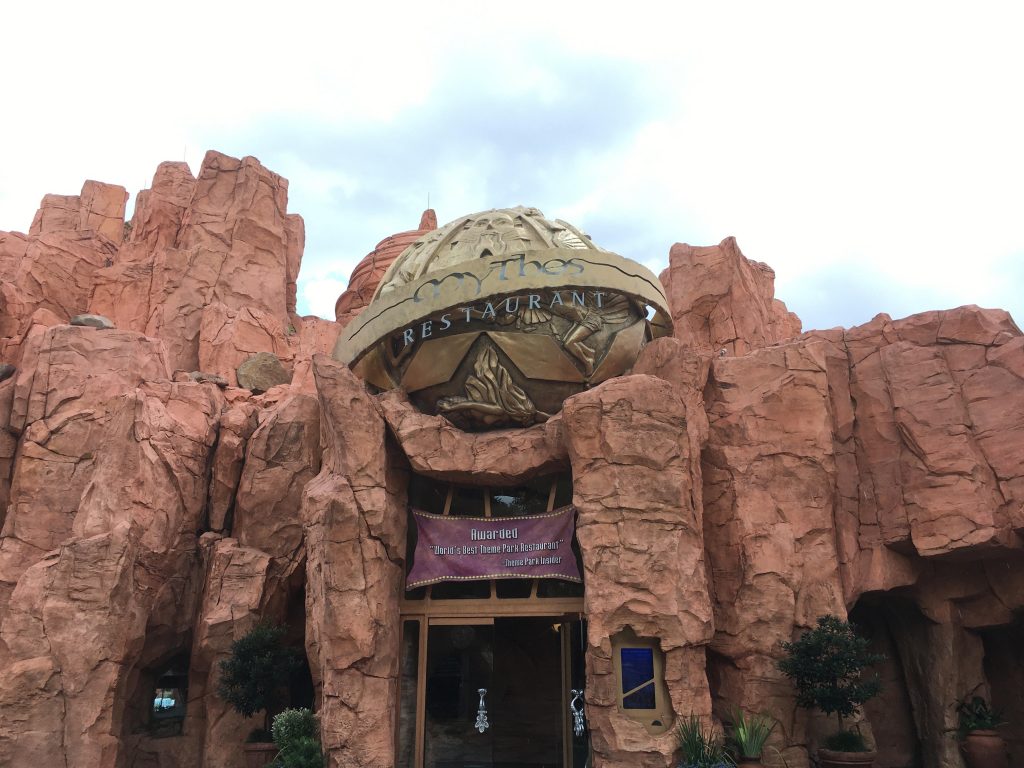 Mythos has won all kinds of awards for best theme park food and has multiple vegan options!

Vegan options at the Wizarding World of Harry Potter

Sadly, most of the food offered at the Wizarding World of Harry Potter is not naturally vegan. You will have to get creative and speak to a chef to enjoy a vegan meal at the Three Broomsticks or The Leaky Cauldron.

Your vegan meals will consist of beans, veggies, and salad, which, let’s be honest, is probably not worth the price. 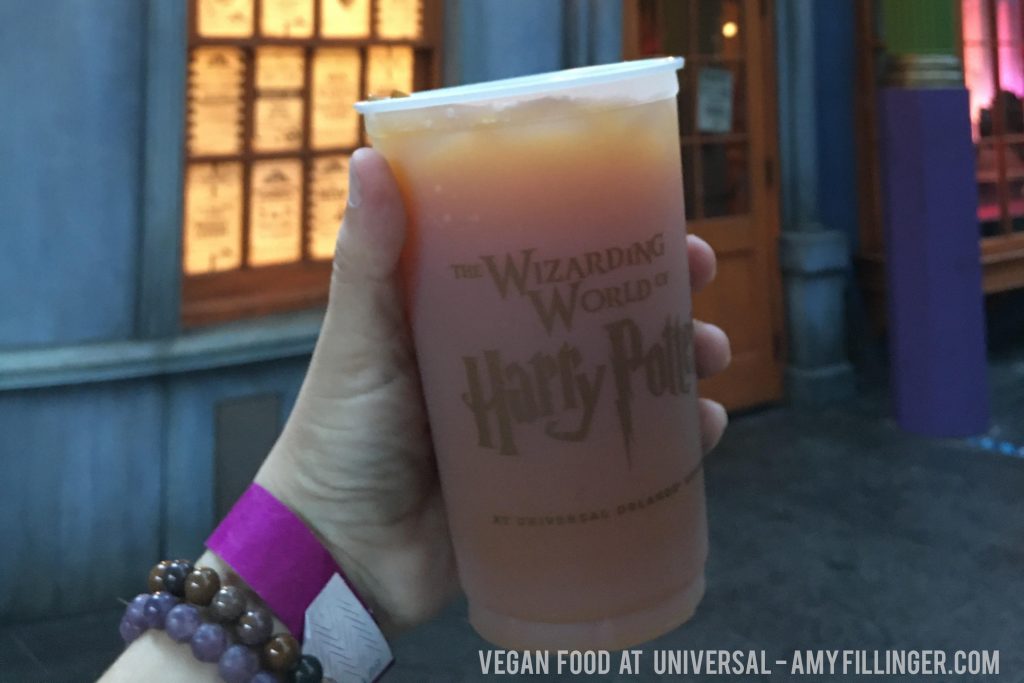 Grab yourself a pumpkin juice at the Fountain of Faire Fortune or the Hopping Pot in Diagon Alley. It’s a bit cheaper than buying the plastic bottles from the carts.

Vegan drinks in the Wizarding World of Harry Potter

However, Pumpkin juice is vegan. I’ve seen other bloggers and vloggers offer that “Gilly Water” is vegan but come on; it’s just regular water. 😉

Let’s please not tout that as a vegan option. I’ve heard that Fishy Green Ale is vegan and contains dairy, so make sure to ask because I have personally received conflicting answers.

Some of the candy offered in Honeyduke’s is indeed vegan such as lemon drops, rock candy, and sugar quills. The boxes do have ingredients and allergy info, so it’s easy enough to see what is vegan.

When in doubt, ask the kind witches and wizards who work at Honeydukes; they’ll be happy to help you find the nutrition facts!

There are a surprising number of quick and easy vegan snacks at Universal, including:

During Christmas, Universal unveiled a vegan brownie along with the other treats at the Holiday Tribute Store. I hope that Universal continues to offer vegan seasonal treats in the future.

By the way, Starbucks hot chocolate is vegan and there are several locations within Universal Orlando if you want a hot chocolate.

Just make sure to order it with almond, coconut, or soy milk. The “chocolate” is Starbucks mocha syrup which is vegan! 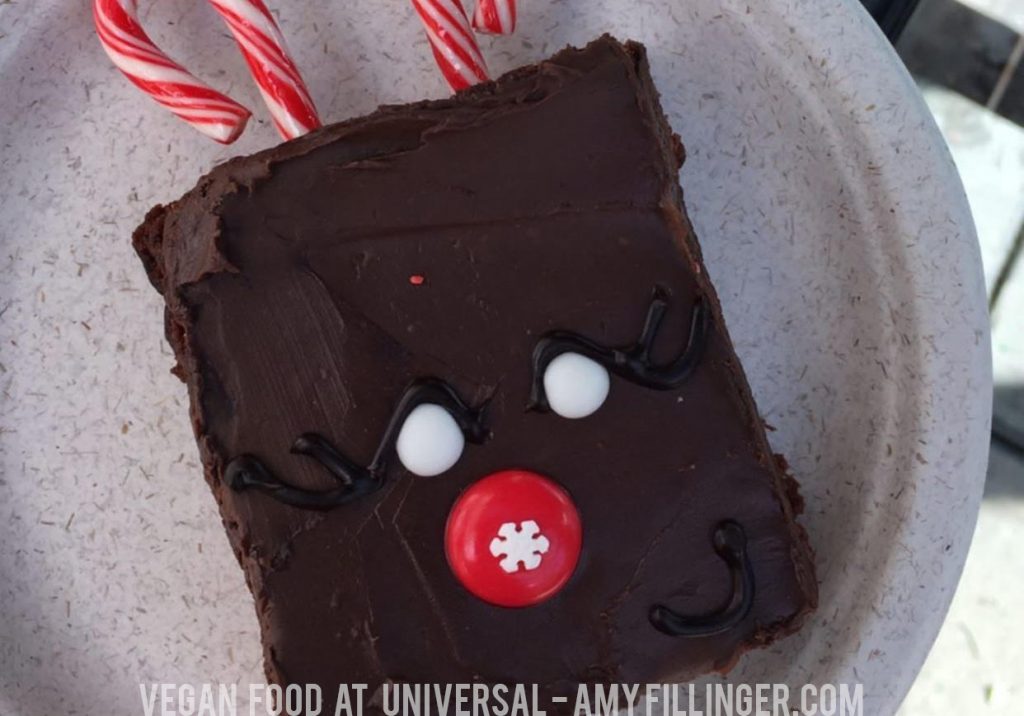 The vegan reindeer brown available during Christmas 2020 at Universal.

Every year Universal Offers more vegan options for Mardi Gras! 2021 was no exception and we enjoyed lots of vegan snacks.

You can check out my post about Mardi Gras at Universal to learn more.

We enjoyed this jerk jackfruit bowl from the Bahamas booth on more than one occasion.

City Walk has plenty of restaurants offering many vegan options. There are too many to list, but vegan options in City Walk include:

I hope this guide on how to eat vegan at Universal helps you plan for your upcoming trip. As you can tell, there are quite a few vegan options at Universal Orlando.

The list is growing every day, so I will add to this list as I learn more. If your favorite vegan option isn’t mentioned, let me know in the comments!

As I mentioned earlier, I highly recommend buying your tickets through Undercover Tourist! There are many really scammy sites out there, so make sure you’re booking through an approved partner (like Undercover Tourist.)

I also recommend staying at a Universal Resort. Check out the links below for pricing during your dates:

Sign up for a weekly email with all the latest news, including reopening guidelines, new attractions, and more!

P.S. I’m a Universal Passholder and certified Travel Agent, but I write about Disney too! Check out: 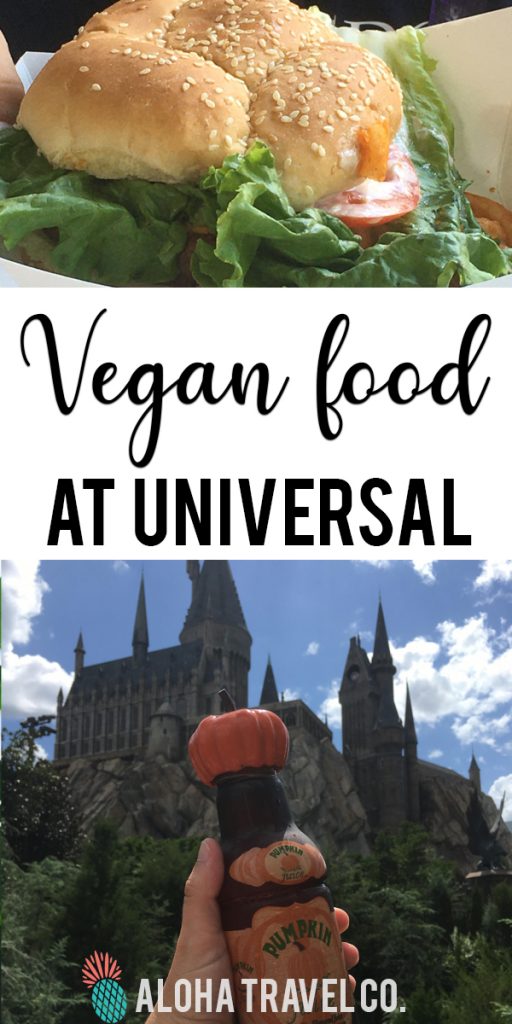 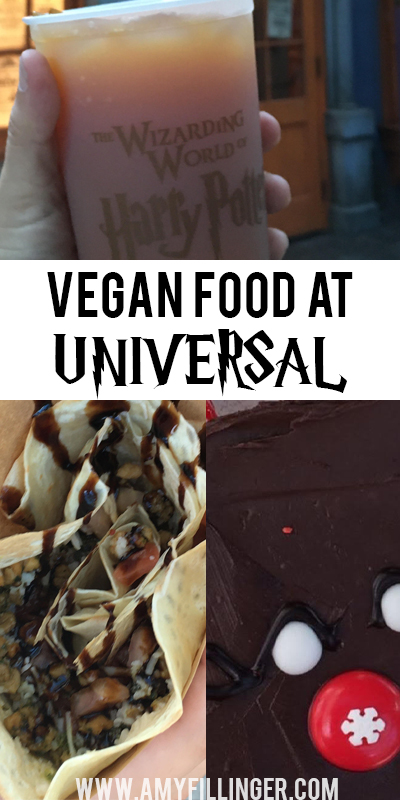 My name is Amy. I’m a travel blogger, photographer, and homeschooling mom of 3. I share my favorite Hawaii travel tips along with travel ideas for other tropical destinations. I love all things travel, coffee, cats, and reading. You can learn more about me here. I hope you enjoy the blog!

To ask a question or discuss a brand collab, reach out via my contact form.