FIND OUT HOW!
You are here: Home / Travel / Hawaii FAQ + the questions you’re afraid to ask about Hawaii

Hawaii FAQ + the questions you’re afraid to ask about Hawaii

Where is Waikiki? Will I get attacked by a shark in Hawaii? Does it rain a lot in Hawaii? As a Hawaii Travel Agent and travel blogger, I am asked these Hawaii FAQ a lot.

There are a lot of questions that people are afraid to ask about Hawaii. Now there’s no such thing as a dumb question, but, there are some that are pretty interesting!

This Hawaii FAQ guide will cover some common tourist questions about Hawaii, including the ones that you might be afraid to ask!

You’ll find the best prices on rental cars in Hawaii. You can reserve your car now and pay upon arrival. Now, let’s get to the Hawaii FAQ.

Is Oahu the same as the Big Island?

No. Oahu and Hawaii Island (The Big Island) are two very different islands. I think that the confusion comes from Oahu being the most populous island (thanks to Honolulu) and Hawaii island being, well, the biggest! 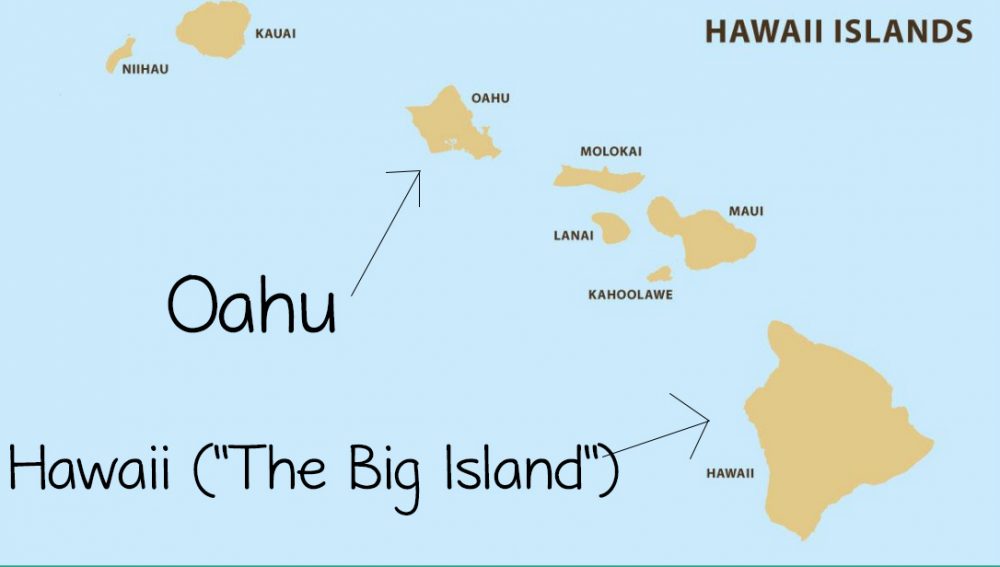 Where is Waikiki? Is Waikiki an island?

I’ve heard of Waikiki referred to as an island more than once – it’s not! Waikiki is a neighborhood on the south shore of Honolulu on the island of Oahu.

Waikiki is the home of many of the island’s hotels, as well as the famous Waikiki Beach.

You can also check out the best things to do in Waikiki and the best hotels in Waikiki.

This one is a little funny, and yes it’s a common question! “Slippahs” are slippers, what most of us think of as “flip-flops.” Or as my grammy calls them, thongs. 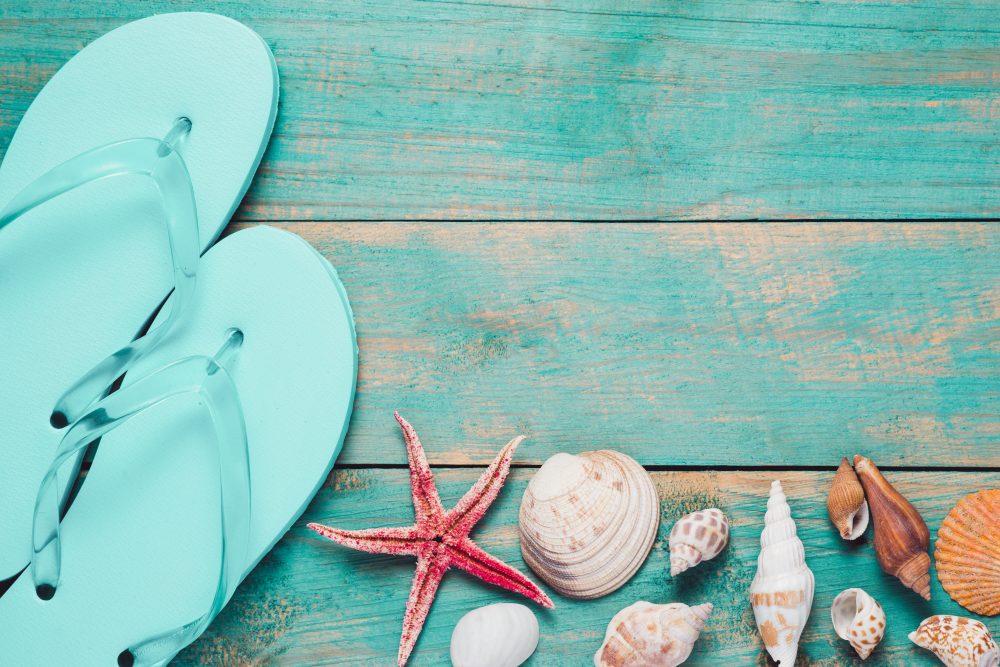 Who do people in Hawaii remove their shoes when entering a home?

Common in many Asian cultures, removing shoes at the door is a sign of respect. It’s also a way to keep the floors cleaner.

Removing shoes is a common practice in some parts of the U.S. (including where I grew up) but not everywhere. You will see signs on some rental condos asking that you remove your shoes at the door.

If someone lives in Hawaii, are they Hawaiian?

Not necessarily, and probably not. Hawaiian is identified as a race and is counted in the census.

Only around 6% of those living in Hawaii are fully Hawaiian. Hawaii is a melting pot and many locals in Hawaii identify as being multiple races.

Generally, people who live in Hawaii are referred to as “locals.” You may also hear the term “kamaʻāina” which literally translates to “person of the land.”

Kamaʻāina can also refer to those living in Hawaii whereas “kanaka” refers to someone with Hawaiian ancestry.

Calling everyone “Hawaiian” because they live in Hawaii is one of the things you should never do in Hawaii.

Why does Hawaii have interstates?

While some of the questions that this will cover might be considered “ignorant tourist questions,” this one is legitimate.

Generally, interstates refer to roads connecting through other states, but in Hawaii, it merely means that the roads are built to interstate standards.

It should also be mentioned that Alaska and Puerto Rico also have interstates that do not cross state lines for the same reasons as Hawaii interstates.

There are plenty of other interstates in the continental U.S. that do not cross state lines. Now you’ve learned something new today. 😉

Another fun fact (can you tell that I love fun facts?) is those interstates in Hawaii don’t even cross county lines.

If you love fun facts, you should probably check out my guide to Hawaiian animals and black sand beaches. I share lots of fun facts in both of those posts.

Why are Hawaiian words so long and hard to pronounce?

You’d think that with only 13 letters, the Hawaiian alphabet would be easier. As it turns out, it can be quite tricky.

The Hawaiian alphabet has five vowels, seven consonants, and the Okina (‘), which is also considered a consonant. That can mean some pretty long words.

It’s worth taking a few minutes to learn to pronounce some of the more common words. It’s just a simple sign of respect for the culture.

I do share some of the very common Hawaiian words to learn in my First Timer’s Guide to Hawaii.

Now is a good time to mention that on this website, you may see both correct and incorrect use of the Okina. That is purely for search purposes.

Will I get attacked by a shark in Hawaii?

Probably not. Of course, it’s possible to get attacked by a shark any time you get in the ocean, but that doesn’t mean it’s likely.

On the other hand, around 60 people die every year in Hawaii from downing. So you’re more likely to die from drowning than from a shark attack.

There are also things you can do to help prevent shark attacks like not going into the water with an open wound and not swimming in an area where sharks are known to hang out.

I highly recommend checking out One Ocean Diving to learn more about sharks. You can even go diving with them.

If you aren’t heading to Oahu any time soon, you can watch Savings Jaws on Amazon. 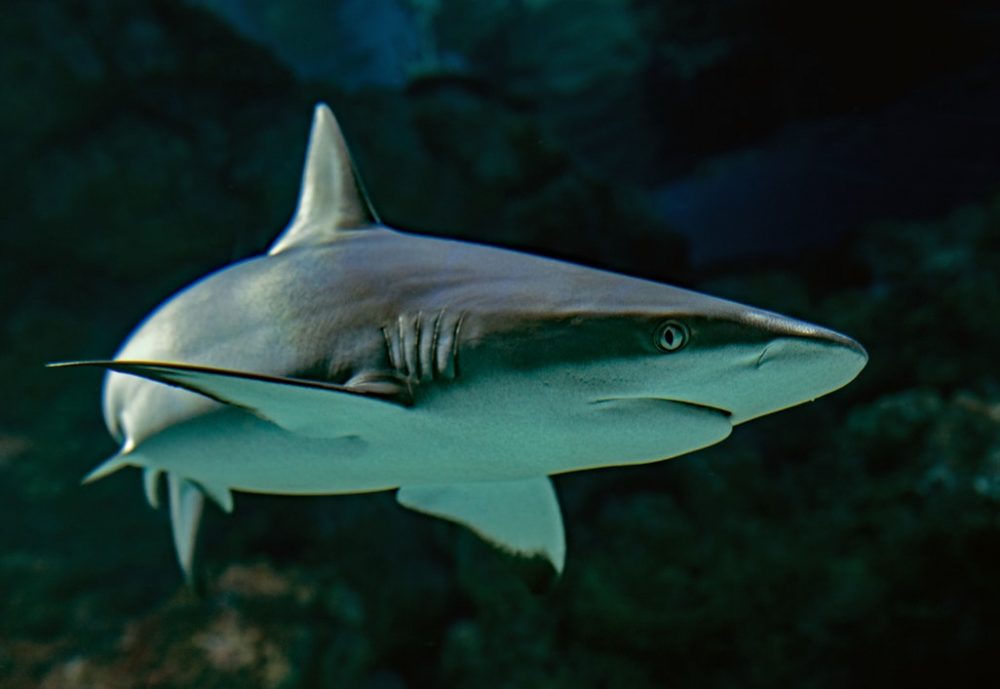 Why is everything so expensive in Hawaii?

Things can be pricey in Hawaii, from gas to milk to hotel rooms. The main reason why things are expensive in Hawaii is that everything has to be shipped over.

So, items like bread, milk, and gasoline are costly. On the tourist side of things, Hawaii is a trendy place to go.

Hotels are more expensive than the mainland US due to supply and demand, costly real estate, higher wages for employees, and many other factors.

What is the time difference between Hawaii and the mainland?

What is the temperature in Hawaii?

The temperature in Hawaii varies based on elevation but in general, is between 75-85 degrees. Higher elevations will have lower temperatures, and it can even snow in the winter on Mauna Kea on the Big Island.

It can also snow on Haleakala in Maui, but that is less frequent. Don’t worry; a warm, sunny beach is never far away.

Does it rain a lot in Hawaii?

Yes, and no. Hawaii is home to the rainiest spot in the world (Mt. Waialeale), but many areas receive very little rain. The Kohala Coast on the Big Island gets less than 10 inches of rain annually. 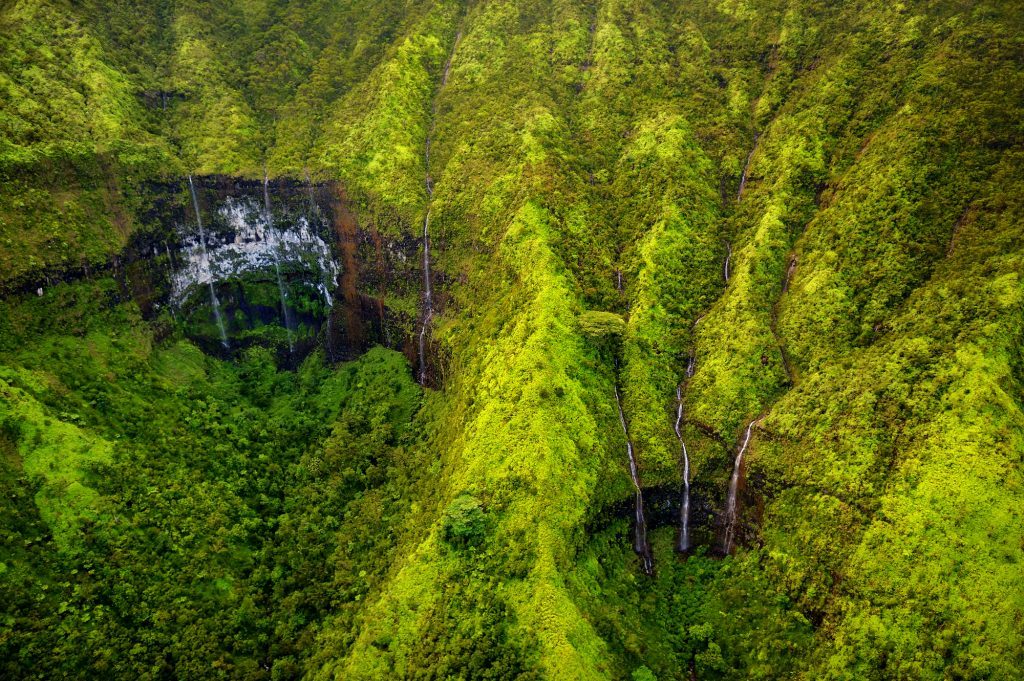 Mount Waialeale on the island of Kauai.

While it’s true that some areas have more rain than others, that doesn’t mean it rains all the time. I am always asked if there is a bad time to go to Hawaii and the answer is no.

Do you need a passport to go to Hawaii?

Hawaii FAQ: Can you drink in Hawaii at 18?

Will my cell phone work in Hawaii?

Most cell phone carriers get good coverage in Hawaii. AT&T and Verizon get the best service, and Sprint and T-Mobile have coverage, but it is not as good in some areas.

If you’re visiting a remote part of an island, you may not have the best coverage, but that would be the case in most other states.

Is there a bridge that connects all of the Hawaii islands?

No, there is no bridge connecting the Hawaiian islands. The islands are about 50 miles apart, and the water is very, very deep. Yes, there are some longer bridges, but they are typically built over shallow water.

Should I book my Hawaii trip with a travel agent?

Okay, I put this one in myself. However, I do see this being asked a lot. I’ve seen some people on travel forums advising others not to hire travel agents, but many of them seem to be misinformed.

Planning a Hawaii vacation can be confusing, and it is helpful to work with a knowledgeable guide.

The difference between working with a “real” Travel Agent vs. an OTA (online travel agency) like Expedia is that you get to work with a real live human being.

A human who can help with everything from planning to what to do if something does go wrong. In some cases, travel agents may have access to deals that are not public or special advanced purchase rates.

I always tell people that the real advantage to working with a Travel Agent is not saving money (although that happens sometimes) but rather having someone to guide you through the process and help if there are any problems.

If you can’t get enough of Hawaii, don’t miss some of my top Hawaii posts:

I hope this Hawaii FAQ post answered some of the questions about Hawaii that you were afraid to ask. Although I am a Hawaii Travel Agent, as I mentioned earlier, I am only taking a select number of clients each month.

You can contact me to check availability for your travel dates.

Dreaming of Hawaii, but not ready to travel just yet? Sign up for my newsletter! You will receive a weekly “Aloha Friday” email with travel tips, Hawaii deals, and more. I’ll be there whenever you’re ready to plan your vacation. Sign up below. 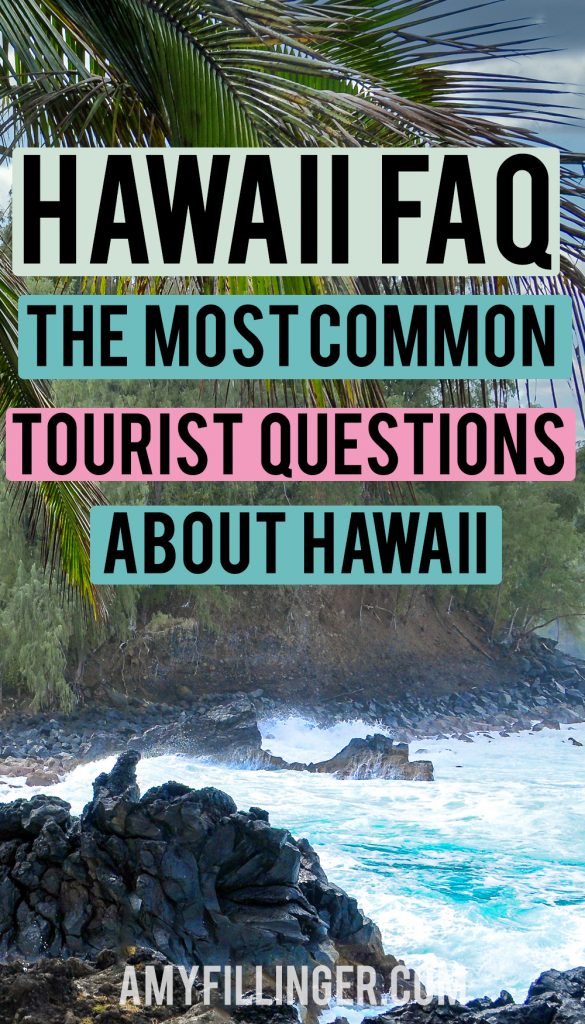 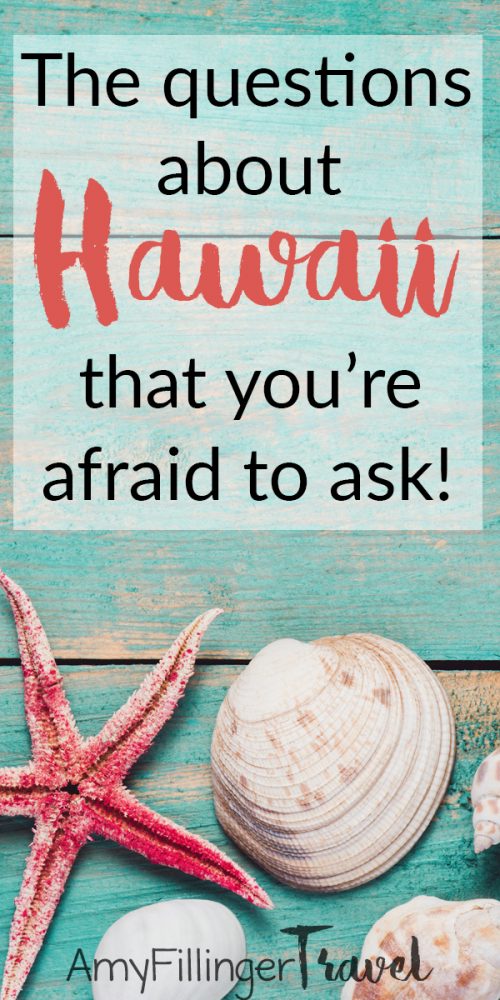 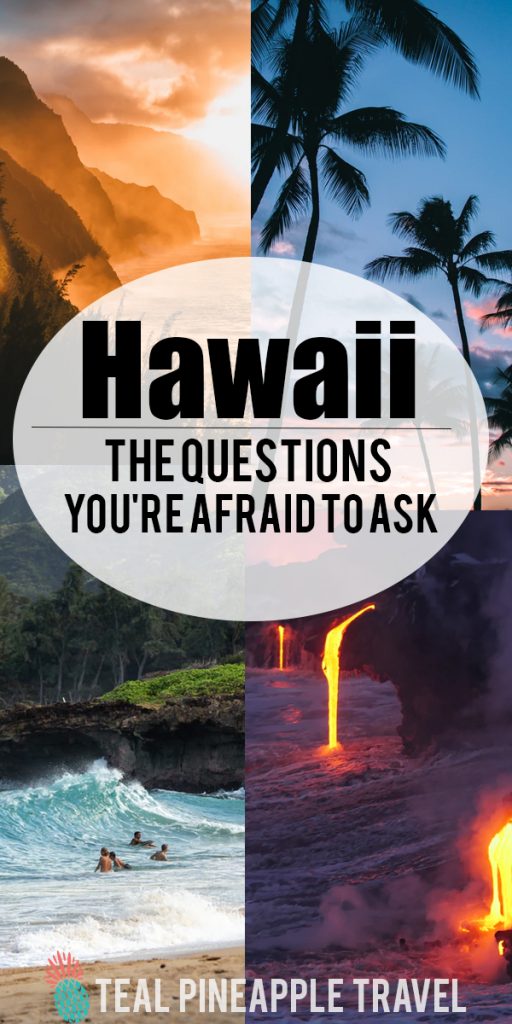 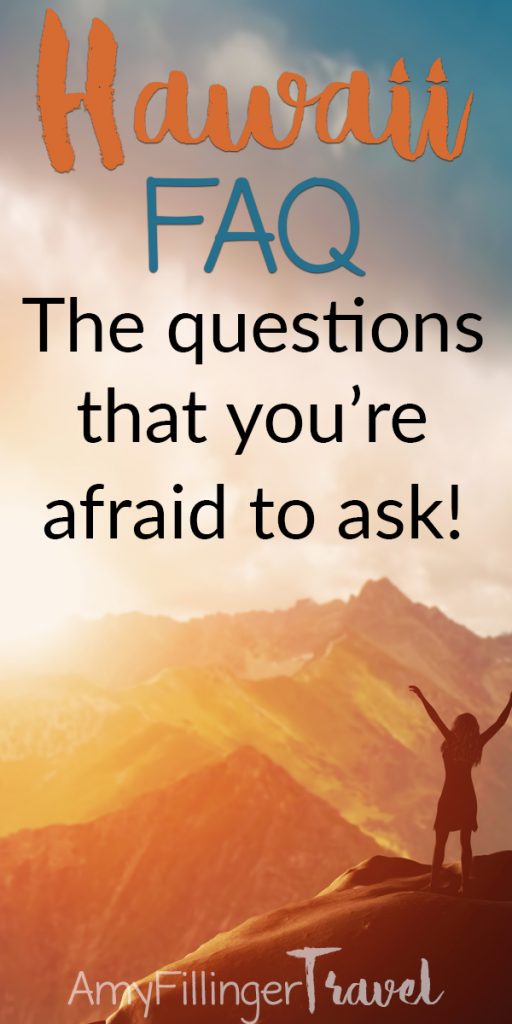 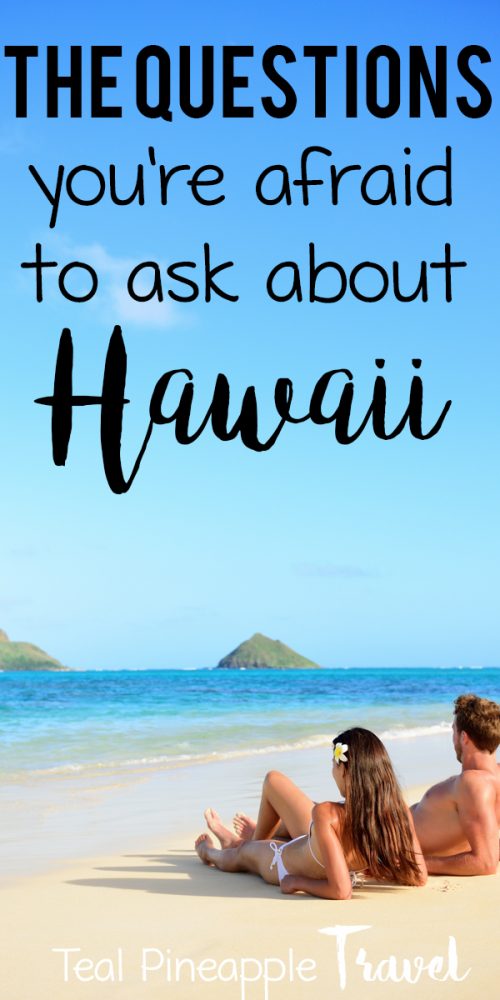 10 best things to do in Oahu
Next Post:7 Best Big Island resorts